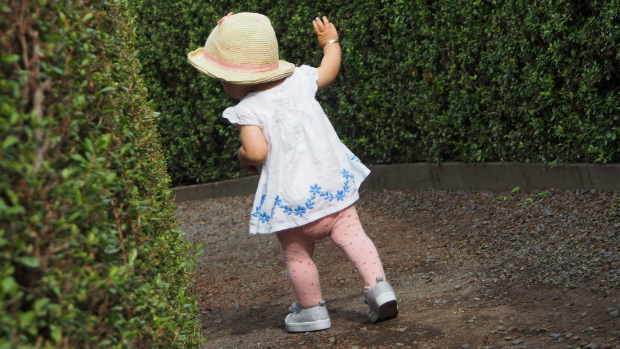 Posted at 00:05h in review, Rotorua by Holly Logan
Share

Losing a child in a maze is a nightmare scenario but baby laughed the whole way through this activity so she was easy enough to locate. There were some raised eyebrows about this activity but it proved to be a winner.

The maze was slow going, mainly because baby insisted on walking the entire maze except to be held above the walls to spy on secret routes through. If she had learned to talk that might have proved helpful. Sure enough she trotted into the centre and had an odd look of smug swagger when she did. Little poser.