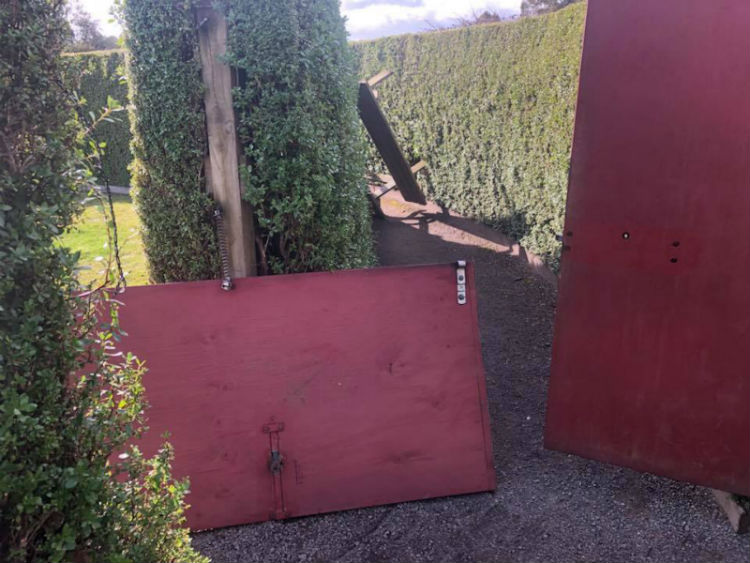 Posted at 04:40h in Rotorua by Amelia Jensen
Share

Peer Jensen is fed up with the heartbreaking vandalism.

His business, aMAZEme in Paradise Valley, was hit by vandals for the third time in three months at the weekend.

Jensen said the “awful people” broke a fence post, made holes in the hedge when they climbed over sections of it on Saturday night, then pulled a door off its hinges, threw a picnic table out into the maze from the centre, and let out his six zebra finches from their roost.

He said what hurt the most was the damage to the maze walls.

“It is going to take up to two years for them to grow back to normal and that is really the heartbreaking part. Anything that is broken around the place we can fix now, but with the hedge, nature has to take its time.”

After the second break-in, Jensen said police recommended he put in security.

“We were working on it, we just had not pushed it fast enough.”

He said the security measures would cost him about $3000.

“I had no choice… It was something I did not want to do because I should not have to.”

Each year Jensen allows primary schools and volunteer organisations such as search and rescue teams and fire crews in for free.